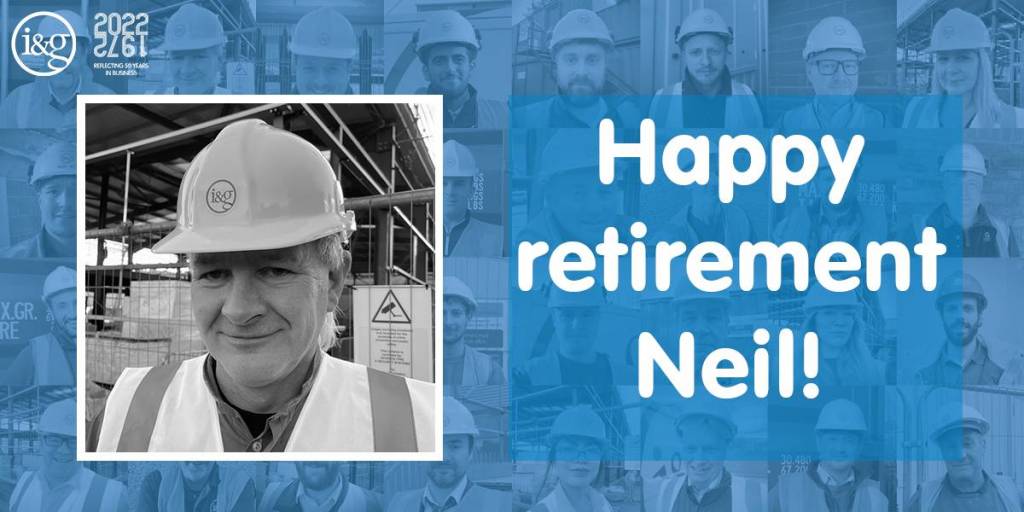 Tinks.. Our very own ‘Punk Rocker’

After 13 years loyal service to I&G, Neil has decided to hang up his ‘measuring tape’ and take very early retirement to coincide with his 60th birthday at the end of January 2022.

Coming from a trade background as a stone mason, Neil quickly developed his skills and experience into estimating where he has worked for over 30 years measuring and pricing in excess of 600 projects. One of which was the ‘Jack Berry House in Malton’ – a fond and memorable scheme of £3.0 mil consisting of a Grand New Build with special facing bricks and detailed joinery.

During his time at I&G, Neil has shown a passion for developing junior team members and provided much time and effort in making others be the best they can, with Phil, Chris and more recently Aaron who’ll take over the running of the estimating department having gained valuable experience from Neil.

Neil has been a cornerstone within the I&G business from his first day on ‘April Fools Day 2009’ and has been a strong support and fountain of knowledge for all those who have worked with him.

As a dedicated follower of Huddersfield Town and working towards his 2000th match, Neil will have more time to spend with his wife Nicki following the football, travelling and gigs.

At I&G we take a proactive approach in building relationships with the communities we work in.